After a crazy whirlwind of the last three years, we decided to take a year out from competition work in 2013 and rejuvenate our energies… well our literature does say ‘we pride ourselves on being a young and dynamic company’… not old and lethargic!

OK, so Mark lasted a whole six months, by which time he was itching to design another competition display. Having visited Malta on many occasions he had his eye set on the Malta International Fireworks Festival 2014 and on 2 December 2013 we received the following email: ‘The organising committee of the Malta International Fireworks Festival 2014 is pleased to announce the list of participants for the Pyromusical competition as following: St. Joseph Fireworks Factory (Zebbug, Malta); SteyrFire (Austria); Brezac Artifices (France); Pyrotex Fireworx (UK)’.

"After a crazy whirlwind of the last three years, we decided to take a year out from competition work in 2013" 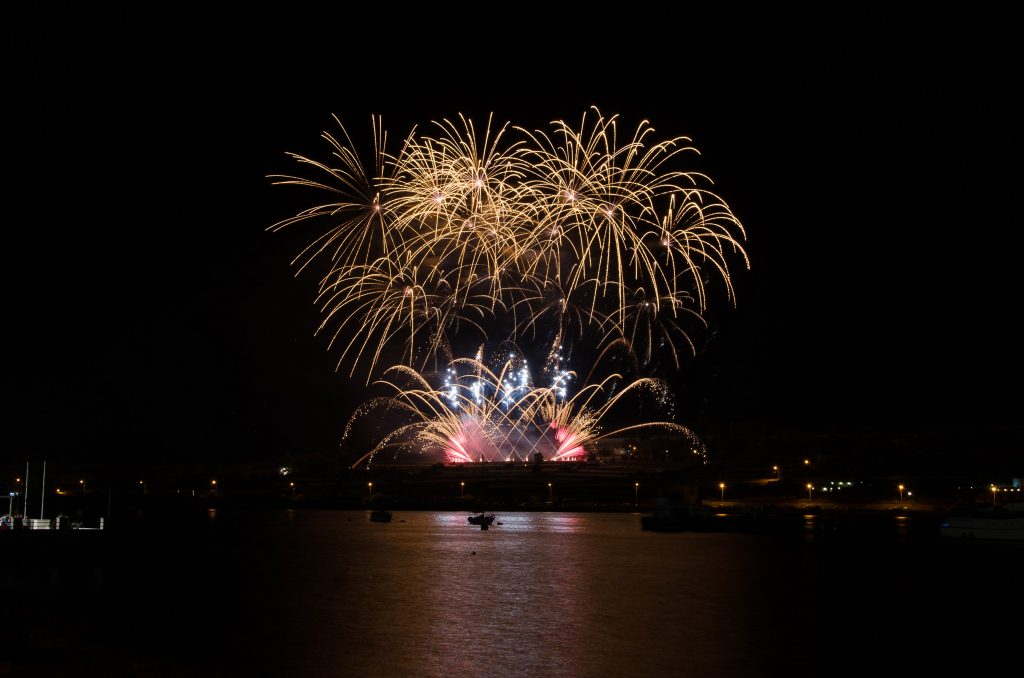 Everyone had told us it was impossible to win this competition as history saw first place almost always being awarded to the Maltese team, and no UK company had ever won or even been placed. This was enough ammunition to give Mark the drive and ambition to design a show that he thought capable of winning or at least being placed. We knew from the start that we would be outpowered by the other teams in terms of shell size, but we hoped that the design would shine through. Having conquered the logistics for Monaco in 2012 we were much better prepared for Malta.

When we arrived in Malta, along with all the other teams, we were all treated to a fantastic meal at the Marsaxlokk Harbour. The crew all sat together and Mark was invited to sit at the top table along with the organisers and other display leaders. Yep, Mark managed to behave himself and even ordered water with his wine! For all of you who know him, you will know that this was a hard feat!

"The crew were very well looked after on-site and had an Italian feast for lunch."

The first day on-site got off to a late start due to the mortar layout being incorrect, but work got under way by around 11am and by 11pm we had completed a good chunk of the set up. The crew were very well looked after on-site and had an Italian feast for lunch. After staring at this wonderful feast for quite some time, with no cutlery to hand, the crew delved into their toolboxes: never have nips and pliers come in so handy.

The next day on-site was a little easier for the crew, as all they had left to do was drop in the shells and test. It was nice as it gave them a chance to chat with the other teams a little more. Although the atmosphere on-site was very competitive, it was also friendly with each of the teams admiring and comparing one another’s shell sizes! The Maltese team seemed to have an endless fleet of trucks dropping off shells: we lost count of how many 8, 10, 12 and 16″ shells there were. 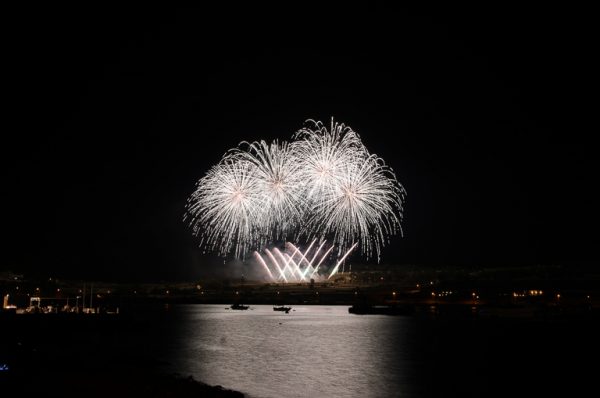 "We were a little anxious since, firing third, there is always the possibility of your show being ‘taken out’ by the previous display."

SteyrFire of Austria and Brezac of France were firing before us, at 9pm and 9.30pm. So naturally we were a little anxious since, firing third, there is always the possibility of your show being ‘taken out’ by the previous display. Our nerves were pushed a little further when we saw considerable sized fires breaking out around the site during their shows. As the organisers had expected this, there were two fire engines and crew on standby, who were kept very busy throughout the night. The rest of the crew had checked the site after each display and later reported all fires were thankfully restricted to the surrounding fields. We had then to wait a further thirty minutes for the fire brigade to extinguish those fires.

At almost 10.30pm our display was announced and began to fire. The audience seemed to be enjoying it and from the countless glances and smiles from all our friends around me I knew it was going well.

I was aware Mark would be up there watching the laptop and not the display – he is such a perfectionist; he knows what cue should be firing next. His eyes bounce from laptop to sky, laptop to sky constantly checking the show. As the audience cheered at the false finale, I could almost hear Mark saying, ‘You’ve not seen it yet!’ and then came the almighty corolla to blue finale: I have never felt so proud of Mark and our team!

Unfortunately, the display and awards ceremony in Bugibba were put back until Sunday because of the forecast weather conditions, so we had another day of waiting and wondering, it felt like an eternity.

The following night, after watching the amazing national Maltese displays it was time to find out our fate. Our team stood next to the stage each of us glancing at each other half smiling, half biting our lips in anticipation… In third place Malta!… In second place Austria!… In first place UK, Pyrotex Fireworx.

We had done it! 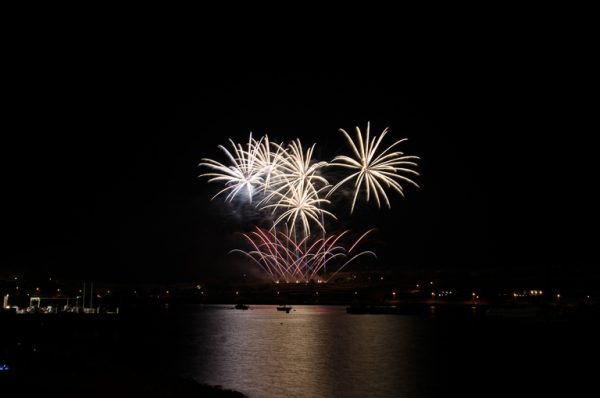