In 2016 our year started out in the heated realms of the Philippines, here we took only three of our own crew who were then joined by some local talent who wowed even Mark with their intense and irreplaceable skills with Pyro. While our stay in the Philippines was brief the show was a phenomenal experience for all involved. While the crowds were sceptical of a new British company taking part in their favoured competition, we did our best and after many hours of scripting and hard work we WON and were awarded with the TITLE “7th Philippine International Pyromusical Competition Grand Champions 2016” A brilliant start to the year, though Mel, Mark and Andy didn’t appreciate returning to the freezing climate of England in February!

"The show itself was a blow out with some beautiful effects. The crew were on site for 2 days and I think they all lost at least a stone just for sweating in the heat!" 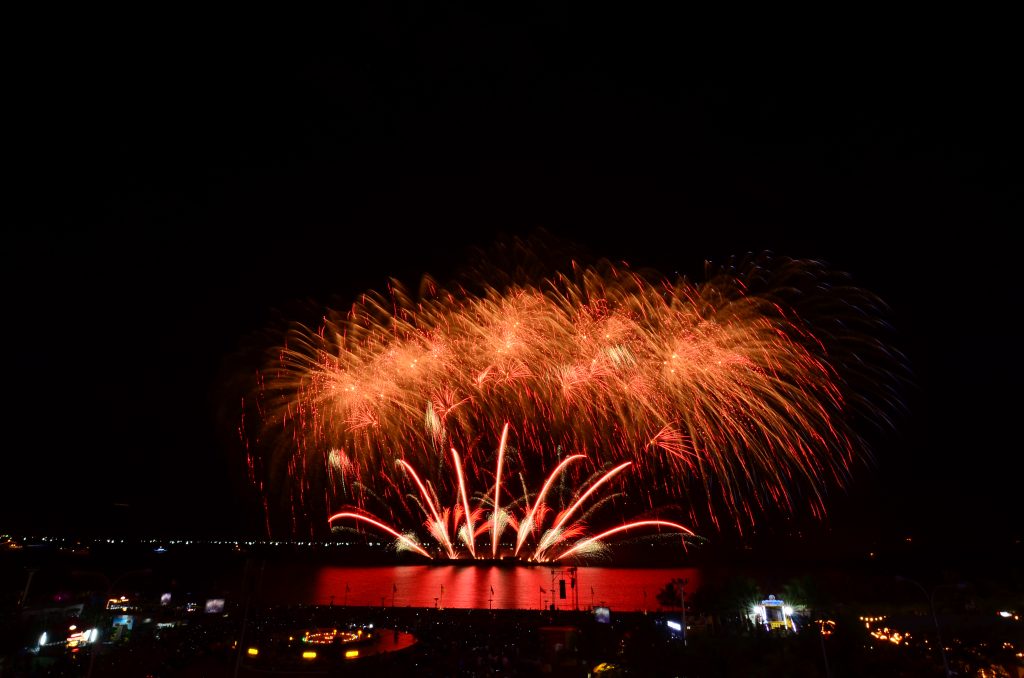 A new addition to social media that has changed the way we at home get to experience competitions forever is the Facebook live stream, that not only now allows us to view the show live with everyone else but has indeed expanded the audience of fireworks competitions beyond locals and pyromaniacs, but also means that rather than waiting for that call or text telling you the results you get to watch as the winner is announced. This was something we enjoyed in the office on that memorable Saturday in February when it was announced that Pyrotex Fireworx has won 1st place in the Philippines. Though I will admit the pressure of the situation with four people crowded around a laptop on tender hooks as the announcer calls out “and the winner of the 7th Philippine International Pyromusical Competition is” and the live stream glitches out over the name of the winner. We did find out soon after, once the stream re connected, we saw our crew climb up to the stage and accept the award but those extra moments on edge cost me years of my life!

“and the winner of the 7th Philippine International Pyromusical Competition is.....”