Our year started in the Philippines where we would be competing against 9 other teams from around the world for the top spot, here we took only three of our own crew who were then joined by Kath and Graham from Pyro2000 along with some local talent who always seem to impress Mark with their intense and irreplaceable skills with Pyro.

While in the Philippines we made a lot of friends and as ever discovered more than we could ever hope for in the ever-growing Pyrotechnic community. The nightlife in Manila was certainly impressive and the guys spent most nights in the Roadhouse Bar, which became their HQ. While there they became celebrities in the process, often found with ques of fans asking for selfies and signatures and some even stopping for a few beers and a chat about the upcoming show. That week we soon realised that Mel was Mr Public Relations and everything to do with the nightlife schedule was planned in by him, and he was a fan favourite that’s for sure, although most people could hardly understand him due to his heavy northern accent. (sorry Mel)

"While in the Philippines we made a lot of friends and as ever discovered more than we could ever hope for in the ever-growing Pyrotechnic community." 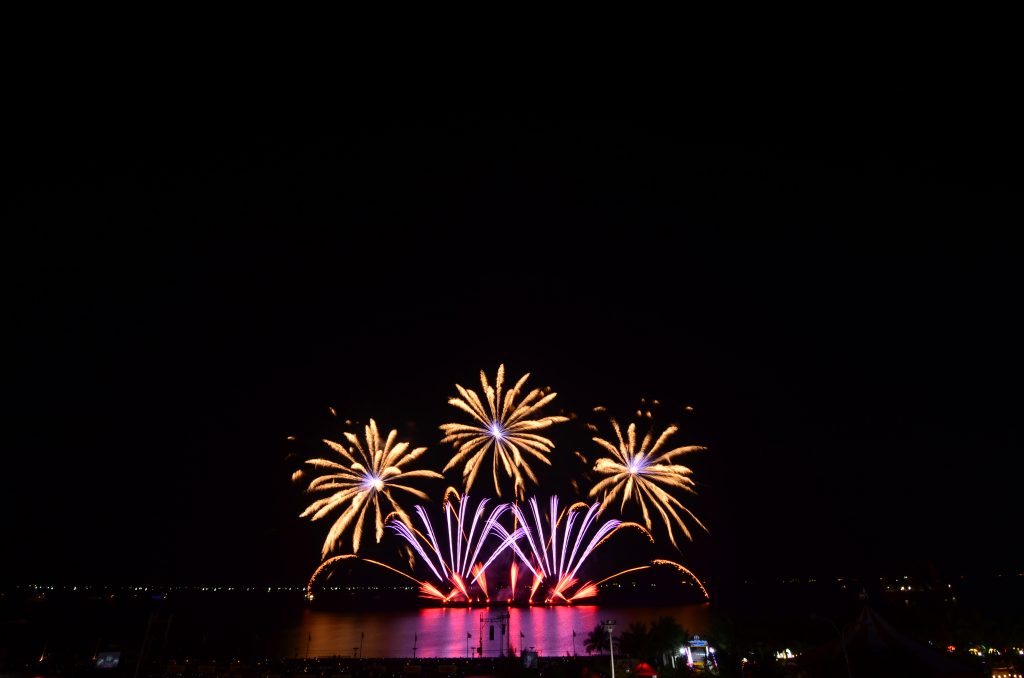 The five crew were on site for 6 days in total and I think they all lost at least a stone just for sweating in the heat along with one crew member ending up having a few tummy troubles along the way, but they did their best and got the show on the ground and setup in record time. After the show they managed to squeeze a week of R&R in Boracay before returning to the Philippines for the results.

With this being the 2nd year of competing in this competition the crowds were sceptical to see if we could top our display from last year, we did our best and after many hours of scripting and hard work we WON again and were awarded with the title “8th Philippine International Pyromusical Competition Grand Champions 2017” A brilliant start to the year!

“and the winner of the 8th Philippine International Pyromusical Competition is.....”